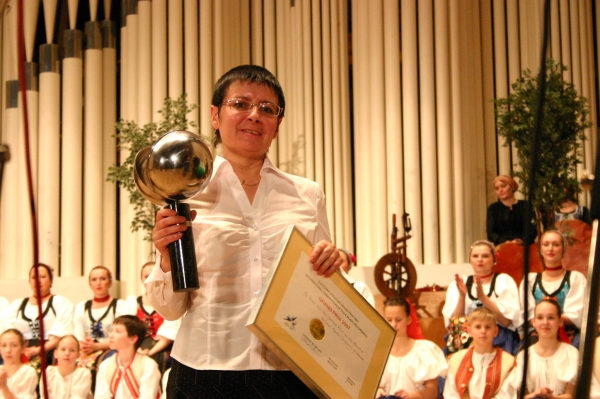 The aim of the competition is to promote the creation of traditional and arranged folk music recordings and to stimulate the international exchange in the field of folk music.

Ukrainian Radio is one of the most successful competitor. During the competition's first three editions Ukrainian Radio represented by editor Tamara Kolotylenko has been twice awarded by a grand prix and special prize:

in 2003 - for an authentic song "Oy, u nedilyu rano" performed by choir of Kryachivka village, Poltava region

Feel free to listen to it following the link